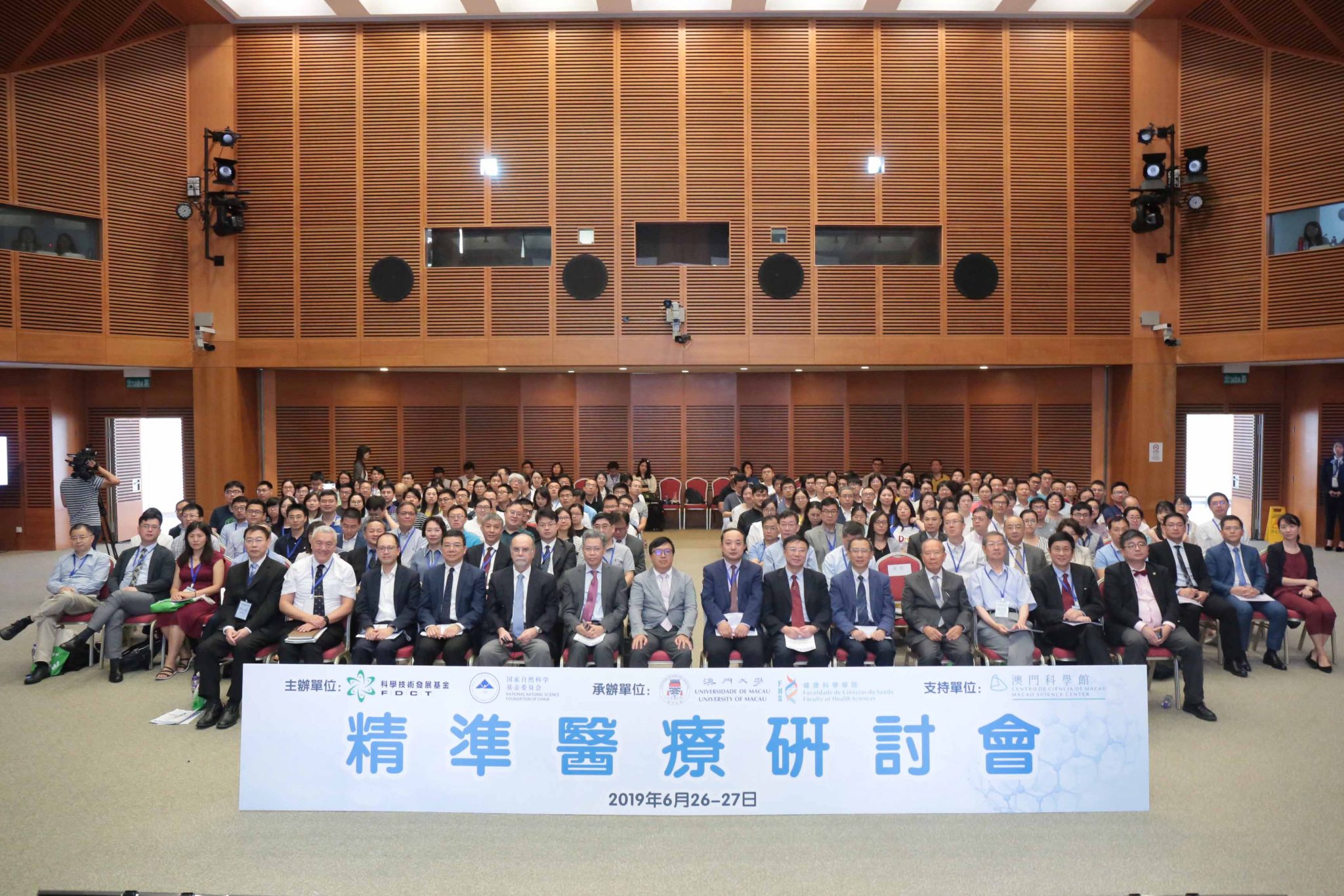 The Precision Medicine Symposium, jointly organised by the Macao Science and Technology Development Fund and the National Natural Science Foundation of China (NSFC), and hosted by the University of Macau (UM) Faculty of Health Sciences (FHS), was held in the Macao Science Center recently. The event attracted more than 200 experts, scholars, and industry practitioners from mainland China, Hong Kong and Macao. Participants discussed the latest development and clinical applications of precision medicine and other related topics.

Chi Ngai MA, president of the Administrative Committee of the FDCT, said the symposium was launched in 2016, after the FDCT and the NSFC signed a memorandum of understanding (MOU) on cooperation and exchange in science and technology. According to the MOU, both parties agreed to jointly hold a symposium every year, in mainland China and Macao alternately, in order to provide a platform for scholars from both regions to exchange ideas on scientific and technological issues of common concern, and to explore opportunities for collaborative research.

FHS Dean Chuxia DENG said at the opening ceremony that since its founding in 2013, the FHS has spared no effort to promote research in precision medicine. The research team from the faculty has achieved numerous breakthroughs, including the development of new targets for colorectal cancer using synthetic lethal theory and the use of metal polyphenol coordination nanomaterials in cancer treatment. Thanks to the support of the FDCT and the NSFC, FHS invited pioneering scholars in the field to the symposium to share their latest research results.

The following guests attended the symposium: Junlin YANG, acting director-general of the NSFC’s Bureau of International Cooperation; Cheong U KUOK, deputy director of the Health Bureau of Macao; Jun XU, deputy director of the Economic Affairs Department of the Liaison Office of the Central People’s Government in the Macao SAR; Rui MARTINS, vice rector (global affairs) of UM; Zhihong JIANG, vice president of the Macau University of Science and Technology; and Hok Cheung MA, director of Kiang Wu Hospital.