Officiating guests at the opening ceremony include Cheang Kun Wai, a member of Administrative Committee of the Macao Science and Technology Development Fund (FDCT); Ge Wei, vice rector (research) of UM; Kong Soi Chau, representative of the Health Bureau and Conde S Januário Hospital; Xie Xuebin, vice director of Kiang Wu Hospital; Zhu Haisheng, director of Macao Commercial Post; and Greta Mok Seng Peng, president of the MSNMMI and chairman of the symposium. ‘The key members of the MSNMMI are either UM researchers or clinical doctors from Kiang Wu Hospital. Among them, two are UM professors who have received the Excellent Young Scientists Fund (Hong Kong and Macao) from the National Natural Science Foundation of China,’ said Ge Wei. ‘The establishment of the society is expected to advance the level of nuclear medicine and imaging technology in Macao to meet the standards of the Guangdong-Hong Kong-Macao Greater Bay Area (GBA), the Greater China Region, and the world, which will ultimately benefit Macao residents.’

Greta Mok mentioned that the symposium provided a platform for experts from the GBA and other regions to exchange ideas and explore collaboration opportunities, as well as a valuable learning opportunity for students.

The theme of this year’s symposium was ‘Nuclear Medicine and Molecular Imaging’. The event featured eight keynote speeches on various topics, including the diagnostic and therapeutic clinical applications of radionuclides, development of new molecular imaging agents and instrumentation, recent advances in nuclear cardiology, photoacoustic-based cancer theranostics, and the development of clinical nuclear medicine in Macao. The symposium was jointly sponsored by Macao Foundation and FDCT. 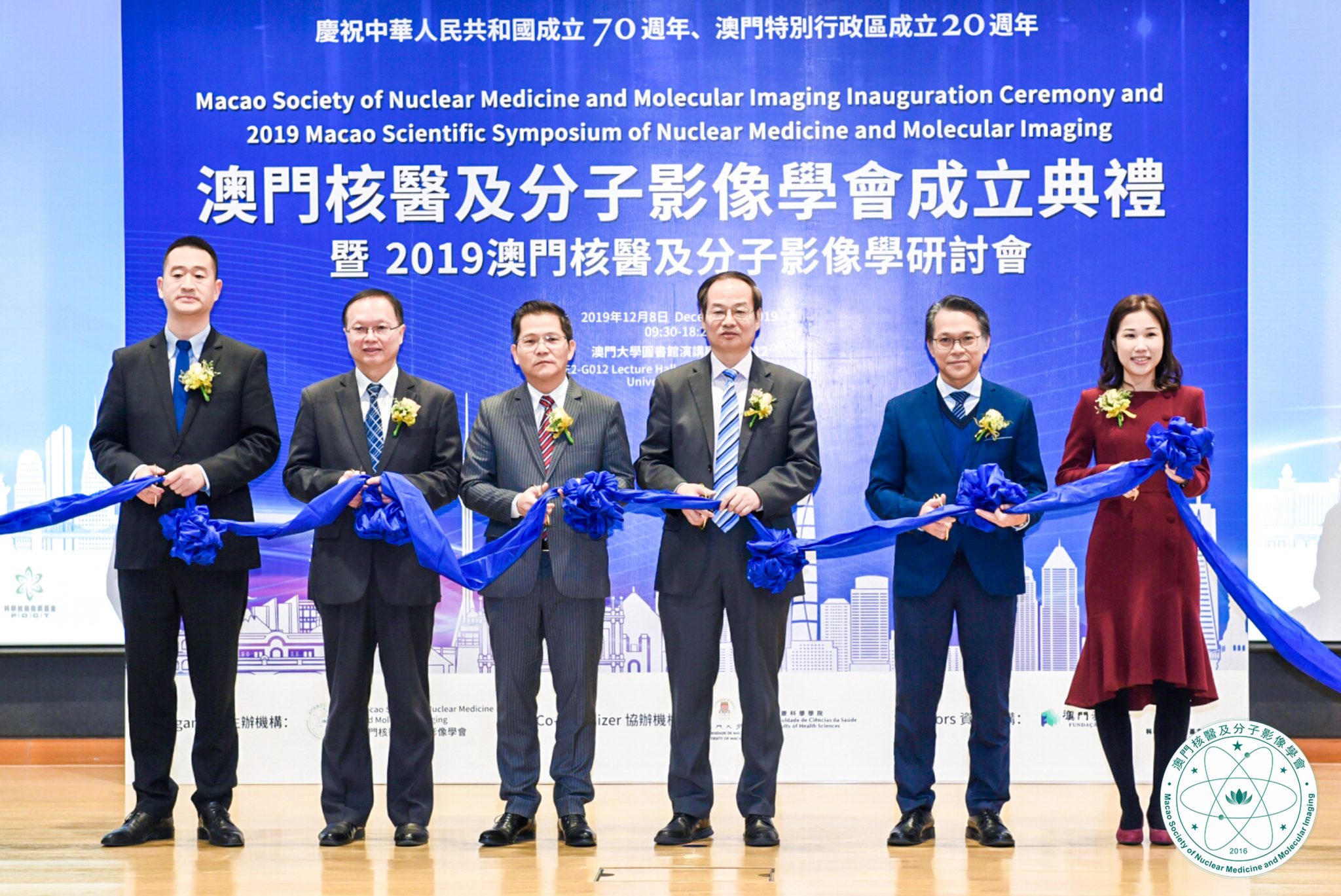 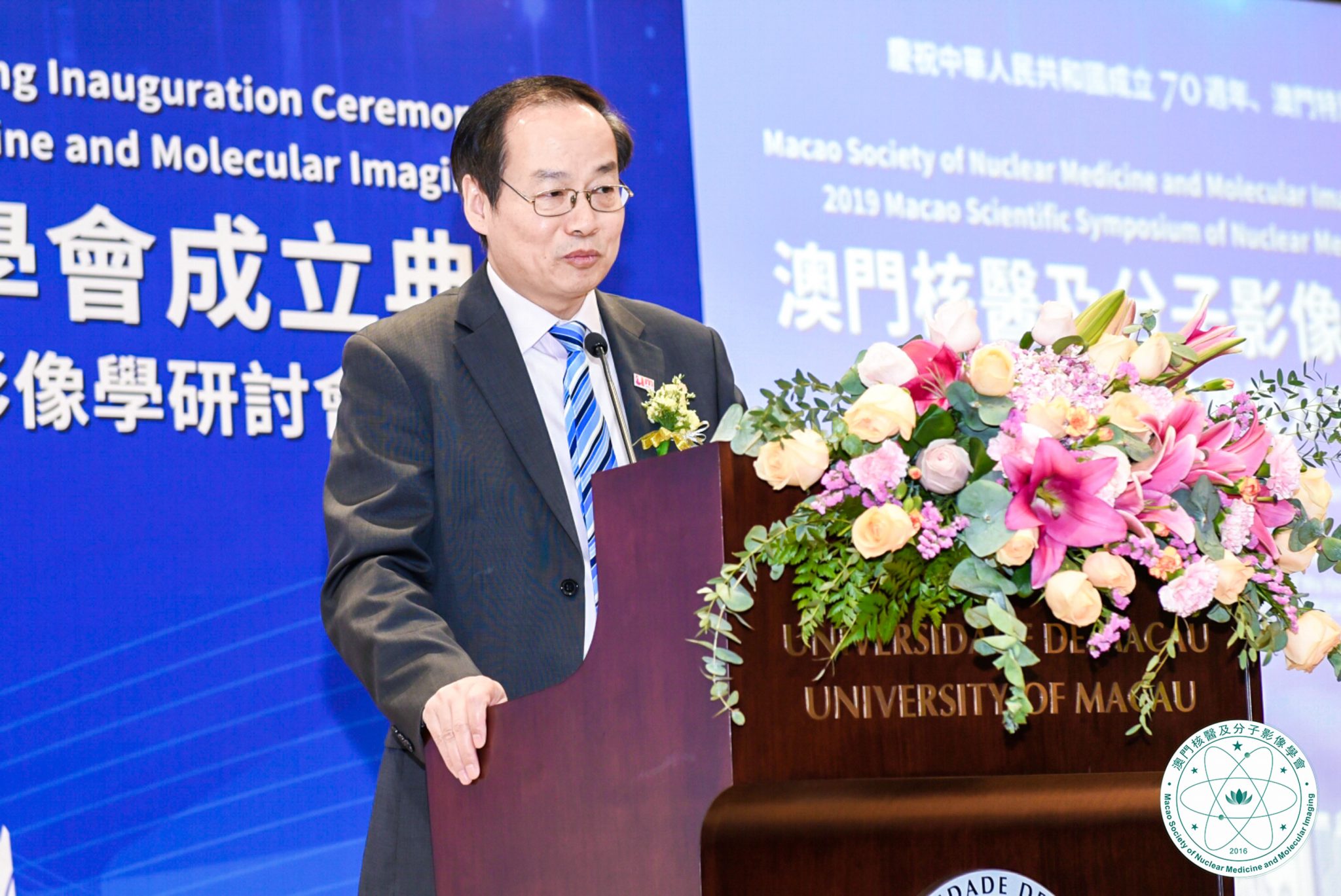 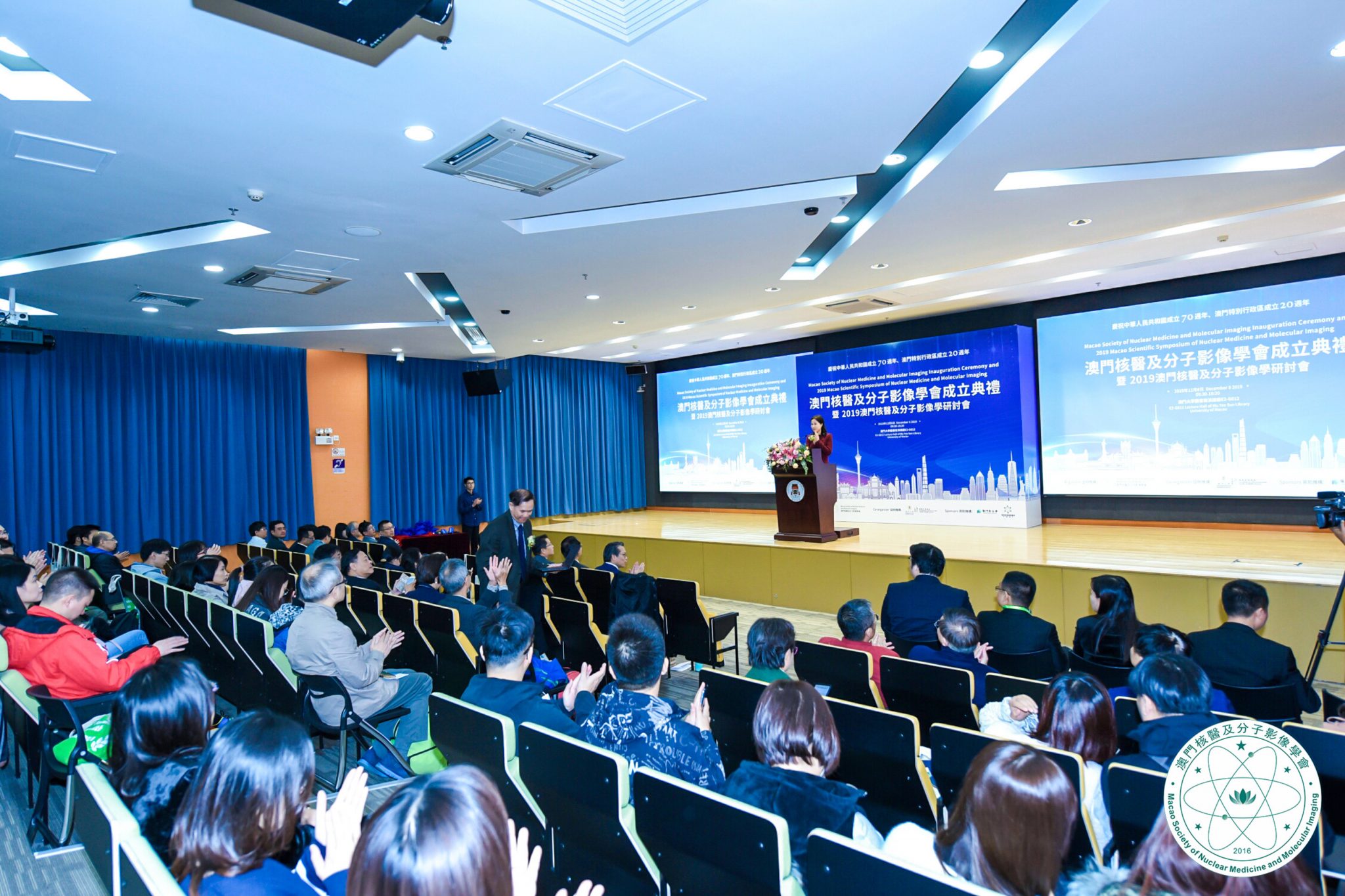 3. The symposium attracts many experts and scholars