A group of students from the University of Macau (UM) Faculty of Health Sciences (FHS) recently won a gold prize at the Environment Track of the International Genetic Engineered Machine (iGEM) competition for a self-activating nanoparticle collector they developed, which provides a safe and cheaper alternative to the traditional way of purifying waste water. The team also won a Best Part Collection award, ranked among the top five in this category. Held in Boston, United States, this year’s competition attracted a total of 7,500 contestants in 344 teams from 45 countries and regions. This is the first time that a team from Macao has participated in iGEM.

The UM team engineered a strain of Escherichia coli (bacteria found in the environment, foods, and intestines of people and animals, also known as E coli) that can capture nanoparticles by activating itself and can be controlled through magnetisation. E coli uses a sticky protein on the cell surface to capture nanoparticles, which provides an effective and economical way to purify waste water. For biological experiments, the students collected water samples from different locations in Macao to test the organism. They also visited water treatment plants in Macao to collect data and visited different local secondary schools as well as universities in the Guangdong-Hong Kong-Macao Greater Bay Area to promote environmental awareness.

In addition, FHS assistant professors Wang Ya-Fan, Lee Tsz On, and Xie Ryiyu worked with a team from Pui Ching Middle School (Macao). The team also received a gold prize at the competition for a sustainable cyanobacteria system they developed for the degradation of endocrine-disrupting compounds. The project is one of the science popularisation projects supported by the Macao Base for Primary & Secondary STEM Education, and it was sponsored by the Macao Science and Technology Development Fund. The students used UM’s laboratories to work on the project during their spare time for an entire year.

iGEM encourages students to use their knowledge of synthetic biology to find solutions for the problems in our daily lives. The competition aims to promote education and provide a platform for international collaboration in related fields. 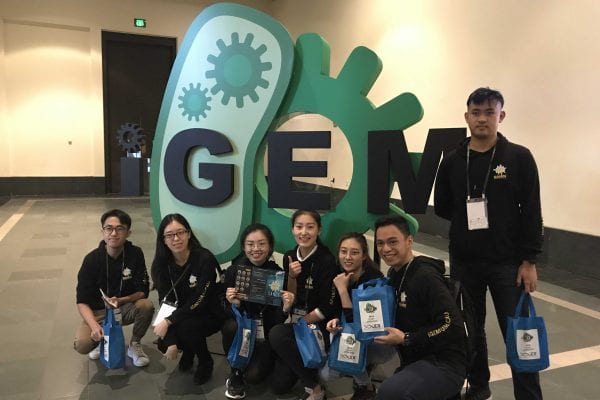 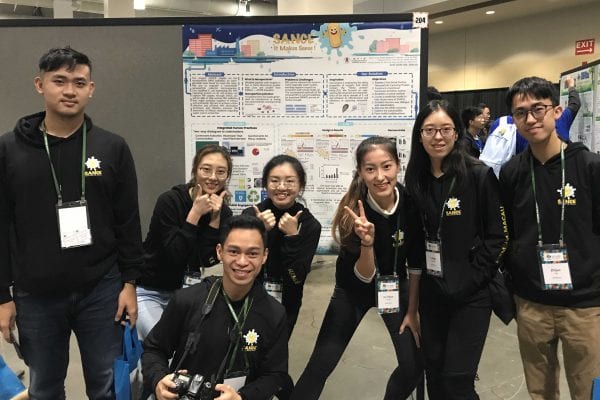 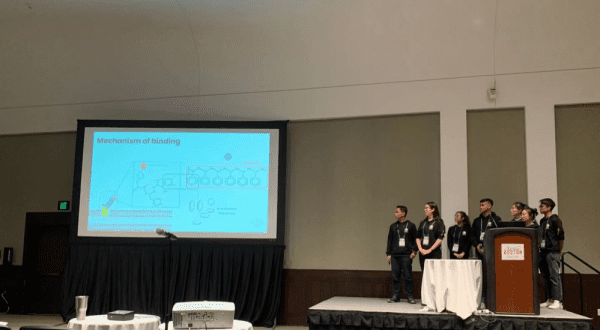