Henry, Hang Fai KWOK, Associate Professor in the University of Macau (UM) Faculty of Health Sciences (FHS), has been elected fellow of both the Royal Society of Chemistry and the Royal Society of Biology for his distinguished contributions to the fields of chemical and biomedical sciences. The achievement of fellow status of Prof. Kwok is also testament to the leading role of the FHS in driving innovations and generating impactful research results.

The Royal Society of Chemistry and the Royal Society of Biology are prestigious and authoritative academic institutions in the world. Both societies award fellowships every year to scientists who have made outstanding and influential contributions to their fields in research or for the benefit of society.

Prof. Kwok has been involved in biomedical and chemical research for many years and is dedicated to the discovery and development of peptide-based/antibody-based prototype drug. In the past few years, he expanded his research in chemical-based immunosensor and immunoassay development for cancer diagnostics and biomarker identification/validation. He has published over 120 papers in many SCI-indexed journals with a high impact factor, including Molecular Cancer, Drug Resistance Updates, Trends in Cancer, Seminars in Cancer Biology, Proceedings of the National Academy of Sciences, Biosensors and Bioelectronics, and International Journal of Biological Sciences.

In addition to associate professor in the FHS and chair of the Advisory Committee of Biological Imaging and Stem Cell Core in the FHS, Prof. Kwok is also a visiting mentor at the University of Cambridge and a standing committee member of the International Society on Toxinology. He is also the editor-in-chief of Biology, an editor of Expert Reviews in Molecular Medicine, and a guest editor of Seminars in Cancer Biology. 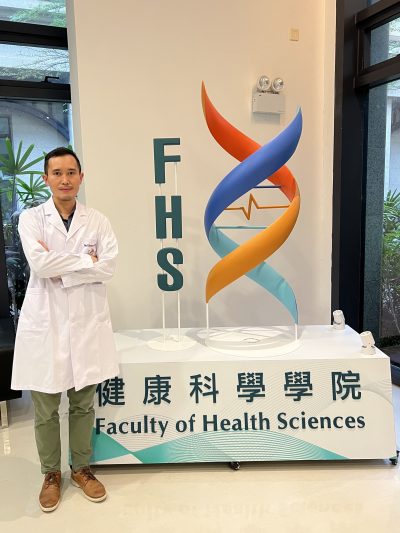 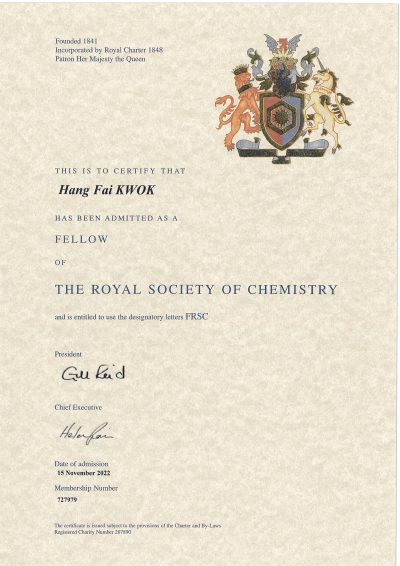 Certificate of Fellow of the Royal Society of Chemistry 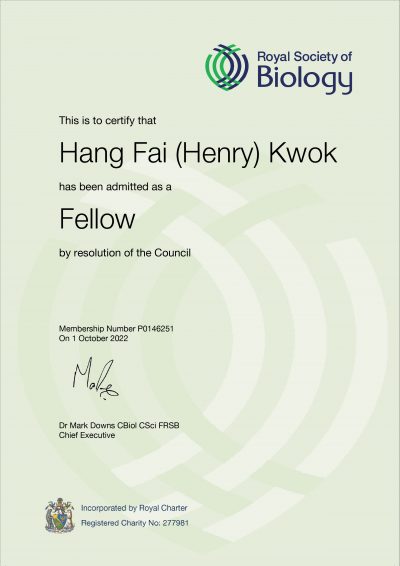 Certificate of Fellow of the Royal Society of Biology