A team led by Prof. Chris Koon Ho WONG in the University of Macau (UM) Faculty of Health Sciences (FHS) has made a breakthrough in understanding the biology of fungal spores, which are the main infectious agent of fungal pathogens that can cause deadly infections in humans. Prof. Wong’s team has discovered the dormancy mechanism of fungal spores. The discovery holds promise for protecting immunocompromised people, such as COVID-19 patients, from deadly infections caused by fungal pathogens. The study has received considerable attention in the field of microbiology and has been featured on the cover of Nature Microbiology.

Fungal spores are the main transmission medium for fatal fungal infections. They are the ‘babies’ of fungi and can be found everywhere in the natural environment. Dispersed in the air, spores can survive various stresses and environmental conditions and remain dormant for a long time until favourable conditions are encountered. Life-threatening fungal infections usually affect immunocompromised people. However, the recent COVID-19 pandemic has rendered everyone susceptible, as shown by large numbers of cases of blindness and death among COVID-19 patients in India caused by ‘black fungus’, as well as rocketing numbers of Aspergillosis infections among similar patients in other parts of the world. Given the urgency and severity of the current situation, understanding how fungal spores develop and cause diseases is of great importance to public health.

Although the development of fungal spores is generally understood, how spores achieve the state of dormancy remains unclear. To learn more about this, Prof. Wong’s team conducted an experiment to determine whether dormant spores have any transcriptional activities. To the team’s surprise, the so-called ‘dormant spores’ have robust transcriptional activities and can elicit transcriptional responses to the environment, which are similar to those seen in actively growing cells. This finding indicates that fungal spores are not really dormant even after the development process is complete, challenging the common notion about spore dormancy. In addition, contrary to previous belief that biological materials in spores, such as mRNA and protein, were originated from the cells of conidiophores, the study has found that fungal spores can synthesise mRNA and protein on their own.

The unexpected observation led the team to a series of carefully planned experiments, which have shown that fungal spores establish dormancy after they are separated from the developmental structure upon dispersal to the environment. More importantly, the team has demonstrated that spores’ experiences before dispersal (i.e.: before dormancy) could influence their growth, survival, virulence, and toxin production capabilities later after they break dormancy. Overall, the study shows that fungal spores are highly proactive in their own development to prepare for their future according to environmental conditions they experienced before entering dormancy. In other words, ‘fungal spores are future-proofed’, as described by a Nature Microbiology ‘News and Views’ article written by the world-renowned fungal biologist Jean-Paul Latgé at The Institut Pasteur, when highlighting the impact of this finding. The journal also chose the wording ‘Fungal dormancy redefined’ on the cover of its August issue, in which this study has been published. The study is also featured in Faculty Opinions, ScienceNet, BioArt.

Prof. Wong is the corresponding author of the study, and PhD student Fang WANG is the first author. Others who have contributed to the study include PhD students Pooja SETHIYA, Shuhui GUO, and Ang LI; postdoctoral fellows Dr. Yingying CHEN and Dr. Xiaohui HU; senior instructor Dr. Kaeling TAN; as well as members of the Genomics, Bioinformatics and Single Cell Analysis Core and the Proteomics, Metabolomics and Drug Development Core in the faculty. The project was supported by the Science and Technology Development Fund, Macao SAR (file number: 0106/2020/A) and UM’s research fund (file number: MYRG2018-00017-FHS and MYRG2019-00099-FHS). The full version of the research article and the ‘News and Views’ article can be viewed at https://rdcu.be/cnlx8 and https://www.nature.com/articles/s41564-021-00946-4, respectively. 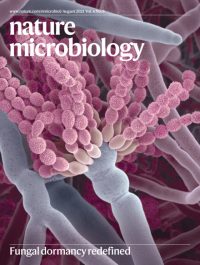 The study has been featured on the cover of Nature Microbiology 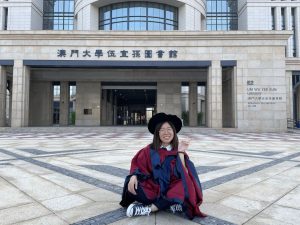 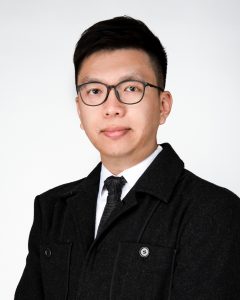