The University of Macau (UM) and Kiang Wu Nursing College of Macau (KWNC) today (5 February) held a press conference to announce the results of an earlier survey on the mental health status of Macao residents during the later stage of the COVID-19 epidemic. According to the study, the majority of Macao residents surveyed were in a stable mental state during the later stage of the epidemic and did not experience significant mental health symptoms. The research team reminds the public that the challenges associated with the epidemic are still significant, and that they should still pay attention to various emotional and mental health changes, and actively seek professional treatment when necessary.

The survey was conducted online between August and November in 2020 using self-administered assessment tools commonly used in epidemiological surveys on mental health problems, such as symptoms of depression, anxiety, insomnia, and fatigue. In the end, a total of 1,005 residents completed the assessments. The results showed that 58.0 per cent of the participants were very concerned about COVID-19 related information, and 75.3 per cent self-identified as strictly enforcing personal precautions. Additionally, 70.1 per cent reported that the epidemic had a moderate to severe impact on their daily lives, and 7.7 per cent experienced great economic losses. In terms of mental health, 11.5 per cent and 6.3 per cent reported that they experienced moderate to severe symptoms of depression and anxiety, respectively. Furthermore, during the later stage of the epidemic, 26.4 per cent reported experiencing moderate to severe fatigue, and 6.4 per cent experiencing moderate to severe insomnia symptoms.

Through multivariate analyses, UM scholars have found that participants who were not concerned about the epidemic information or had great economic losses because of the epidemic, as well as those who were single or felt that the epidemic had a great impact on their daily lives, were more likely to suffer from symptoms of depression, anxiety, and/or insomnia. Moreover, compared to their male counterparts, female participants were more likely to experience anxiety or insomnia. The study has also found that most of those who experienced symptoms of depression, anxiety, or insomnia were not inclined to seek help from mental health services. Only 27.6 per cent – 39.1 per cent of the participants said they had tried to seek mental health help through hotlines, the internet, medical institutions, or other types of services.

Based on these findings, the team concluded that the overall mental health status of those surveyed was stable during the later stage of the epidemic, but as many other countries and regions are still deeply affected by the epidemic, Macao residents are still facing—and will continue to face for some time in the future—many challenges arising from the epidemic. Therefore, the public should actively respond to the World Health Organization’s call to pay attention to the various emotional and mental health changes that might occur during the epidemic, and seek professional treatment timely when they experience mental health problems. In addition, the relevant service providers should receive professional training as soon as possible, in order to identify mental health problems of help-seekers at an early stage and then provide appropriate assistance. At the same time, residents can consider engaging in regular and suitable physical activities during the epidemic, which can help maintain good physical health and a stable mood, as well as improve insomnia. The UM team also called for more publicity and promotion of mental health services, and the popularisation of knowledge on mental and psychological health maintenance, psychological counselling, and crisis intervention, in order to minimise the negative impacts of the epidemic on people’s mental and psychological health and socio-economic development. 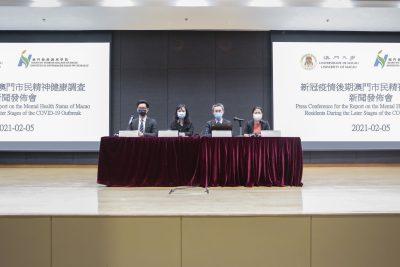 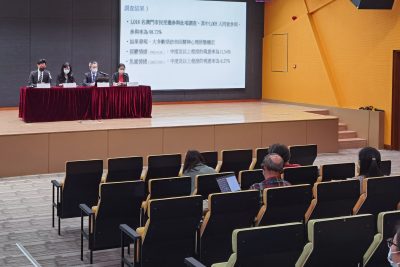