An interdisciplinary team formed by 23 undergraduate students in the University of Macau (UM) Faculty of Health Sciences (FHS), Faculty of Business Administration (FBA), and Faculty of Arts and Humanities (FAH), recently won a silver medal in the International Genetic Engineered Machine (iGEM) Competition. This year’s event attracted 343 teams from 47 countries and regions. This is the third consecutive year that UM has won an award in this international competition.

The UM team’s award-winning project uses bioengineering technology to reduce the amount of purine in beer, extend the shelf life of beer, and maintain its original flavour without adding antioxidants. Under the guidance of FHS Associate Professors Leo Tsz On LEE, Chris Koon Ho WONG, and Kin Yip TAM, the students genetically edited yeasts so that they could produce endochitinase (chit42) in the fermentation process. Chit42 is an enzyme that decompose chitin in yeasts’ cell walls and produce a reducing sugar with good antioxidant properties to maintain the stability of beer flavour. The team plans to develop a patent portfolio for this novel technology to facilitate its commercialisation.

Yingyi MEI, captain of the UM team and a third-year student in FHS, says the team spent almost a year preparing for the competition, doing everything from scratch, from choosing a research topic and designing plasmid, to conducting experiments and creating a website to display their research results. During that period, Yingyi and her teammates had to adjust their plans from time to time due to the rapidly changing circumstances of the epidemic in Macao. They also learned to produce animation videos and create webpages to publicise their project.

In addition to mentoring UM students, Prof. Lee and FHS Associate Professor Tzu-Ming LIU provided training for a team from Pui Ching Middle School (Macao) that was also preparing for the high school section of the same competition with their project that aimed to create a solution to the food waste. The Pui Ching team made use of the teaching labs of FHS for their research work, data analysis eventually won a gold medal in the high school category for their genetically modified Escherichia coli (E. coli) that converts food waste into biodegradable plastic.

The iGEM was founded in 2003 as an intersession course at the Massachusetts Institute of Technology. It became a summer competition in 2004 and has been a global competition since 2005. By participating in the iGEM competition, students not only can gain knowledge of synthetic biology, but also can acquire valuable experience by completing a project and applying the results in real-world scenarios. UM has received awards in this competition for three consecutive years since 2019. 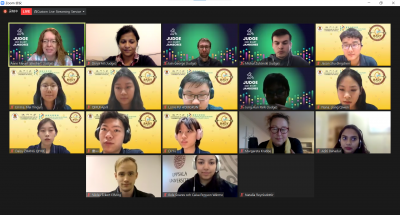 The UM team competes in the final held online 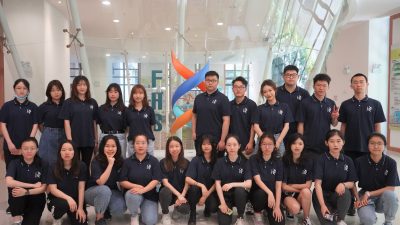