The Macao SAR government presented the 2020 Macao Science and Technology Awards yesterday (7 October), and 30 students received the Technological R&D Award for Postgraduates. Shuai LI and Jingjing LI, PhD students of Faculty of Health and Sciences (FHS), are two of the awardees.

The Macao Science and Technology Development Fund (FDCT) formed the evaluation committee of 3 experts in the area of science and technology, who decided the awardee list of 25 PhD students and 5 master students from the higher education institutes in Macao subsequent to careful review and voting. During the defence meeting, Shuai LI and Jingjing LI introduced their research work on the preventive and therapeutic effect of artemisinin and its derivates on Alzheimer’s disease and non-classical estrogen signaling in ovarian cancer and its improvement of the chemo-sensitivity and patients outcome.

Under the supervision of Prof. Wenhua ZHENG, Shuai LI participated in the research project “the neuroprotective effect of artemisinin and its derivatives and its application in treatment of Alzheimer’s disease”. The research team discovered that artemisinin and its derivative artemether have neuroprotective effects on Alzheimer’s disease and are related to the activation of AMPK and ERK signaling pathways, which brings new hope for the prevention and treatment of Alzheimer’s disease. The study has been published in the internationally renowned journal Oxidative Medicine and Cellular Longevity. Moreover, the research team also found that artemether has a neuroprotective effect on a cerebral ischemia mouse model, revealing its potential in the prevention and treatment of stroke. The related paper has been reviewed by Redox Biology and now pends minor revisions. Jingjing LI took part of Prof. Lijun DI’s research project, and the research team found a novel role of ERα in mediating the molecular connection between hormone and homologous recombination repair (HRR) in epithelial ovarian carcinoma (ECO). ERα shows the predominant non-classical regulatory mechanism in EOC and inhibits HRR gene expression collaborated with the co-repressor CtBP. Consequently, estrogen signaling enhances the sensitivity of ovarian cancer cells to chemotherapy agents in vitro and in vivo. These findings encourage hormone replacement therapy for EOC patients. The study has been published in the internationally renowned journal Theranostics.

Both Shuai LI and Jingjing LI stated that they could not have made great progress in their research without the guidance and assistance from their supervisors, Prof. Wenhua ZHENG and Prof. Lijun DI. The strong support from the cores of FHS has smoothened their research work. Shuai LI would like to share this honor with her supervisor and her teammates who have assisted her in learning, achieving a greater value of herself and pouring her enthusiasm in such a harmonious environment. Jingjing LI is grateful to her supervisor for giving her formal and rigorous research training, and guiding her to pursue her research according to her interest, rather than bounding her firmly in a certain point or direction. Jingjing LI said that the devotion and enthusiasm of the researchers of FHS always inspire her, “Every time I meet the dean, Prof. Chuxia DENG, on his way to the cafeteria, he always trots to save time. How can we PhD students excuse ourselves when such a prestigious scholar is working so hard?” 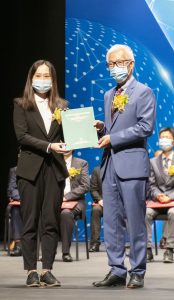 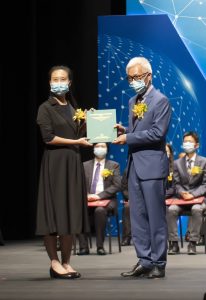 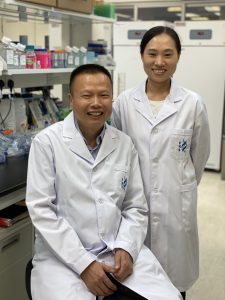 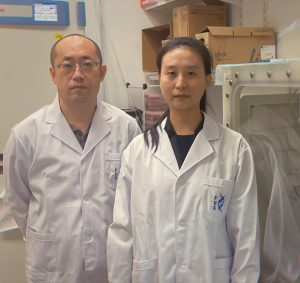